The Alaafin of Oyo, Oba Lamidi Adeyemi III has stated that it is only in Yoruba land that the world has its highest concentration of twins.

Oba Adeyemi also said that other nations with high numbers of twins include China and Brazil but added that they are not as prominent as the ones in Igbo-Ora.

The Alaafin made this known during the 2021 edition of the World Twins Festival held on Saturday October 9, 2021 at Igbo-Ora, Oyo State.

In his address, the Special Guest of Honour, former President Olusegun Obasanjo noted the unique nature of the festival adding that the festival can attract tourists to the country which will help the economy to grow.

Represented by his wife, Bola Obasanjo, the former president called for supports from government and corporate organisations for the festival. 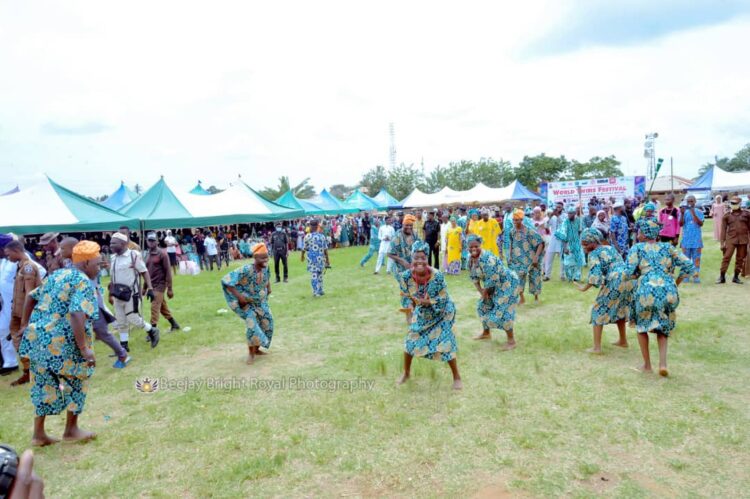 In his address, The Olu of Igbo-Ora, Oba Jimoh Olajide Titiloye said the phenomenon of twin in the town has been associated with so many things but the most important is the blessings and favour of God.

While noting that the town is a blessed place, he added that there is no household without twins.

Thousands of Twins had stormed Igbo-Ora for the 2021 edition of the World Twins Festival which was celebrated with glitz and glamour on Saturday, October 9, 2021.

The festival which was established to celebrate the uniqueness in multiple births marked the fourth edition in its rebranded series at the World Twins Capital, Igbo-Ora with the theme ‘Twinning for Global Medical Breakthrough.

The historical town of Igbo-Ora that is renowned for having the world highest concentration of living multiple births was alive over the weekends as it attracted dignitaries from all walks of life to celebrate with the unique beings at the festival aimed at celebrating the multifunctional international heritage of the town that is most prominent with multiple births with a record of twins in virtually every household in the community.

The one-week long festival which was put together by Twins World Creations in conjunction with the entire Igbo-Ora Community has twins of different classes, tribes, ages and sexes in their large numbers in colourful attires at the festival. In Yoruba land, Twins are often referred to as ‘Oba Omo’ literally meaning “King of other children” and this connotes why they receive so much respect and honours in the society. 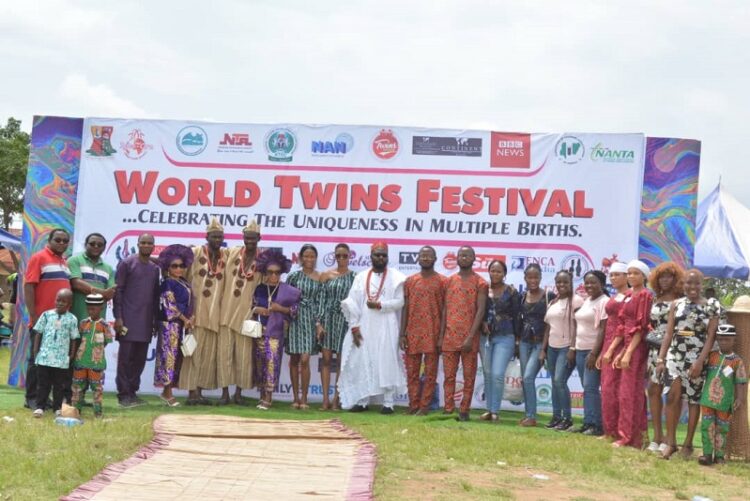 In his goodwill message at the festival, the Director-General of Nigerian Tourism Development Corporation (NTDC), Folorunsho Coker who was represented by Rotimi Aiyetan expressed the interest of NTDC to collaborate with the festival.

Meanwhile, Governor of Oyo State Seyi Makinde who was represented by the Chairman Oyo State Council for Art, Culture and Tourism Board, Adebowale Adejumobi said the government will work with the organisers to take the festival to greater heights.

The highlight of the festival grand finale was the circus performances, cultural display, twins parade, and fashion show, Awards, twins talent show, with the Gbolarunmi Twins special acrobatic display among other activities.