REVIEW: ‘Needle In A Timestack’ Is A Missed Opport…

Relying too much on melodrama, John Ridley’s romance sci-fi drags, blunders, and fails to make any impression despite what could have been an endearing love story.

Based on the short story of the same name by Robert Silverberg, Needle in a Timestack is set in a futuristic world where man travels back in time at a high cost.

Leslie Odom Jr. stars as Nick, a man who resorts to storing his memories so as not to completely forget his wife (played by Cynthia Erivo). 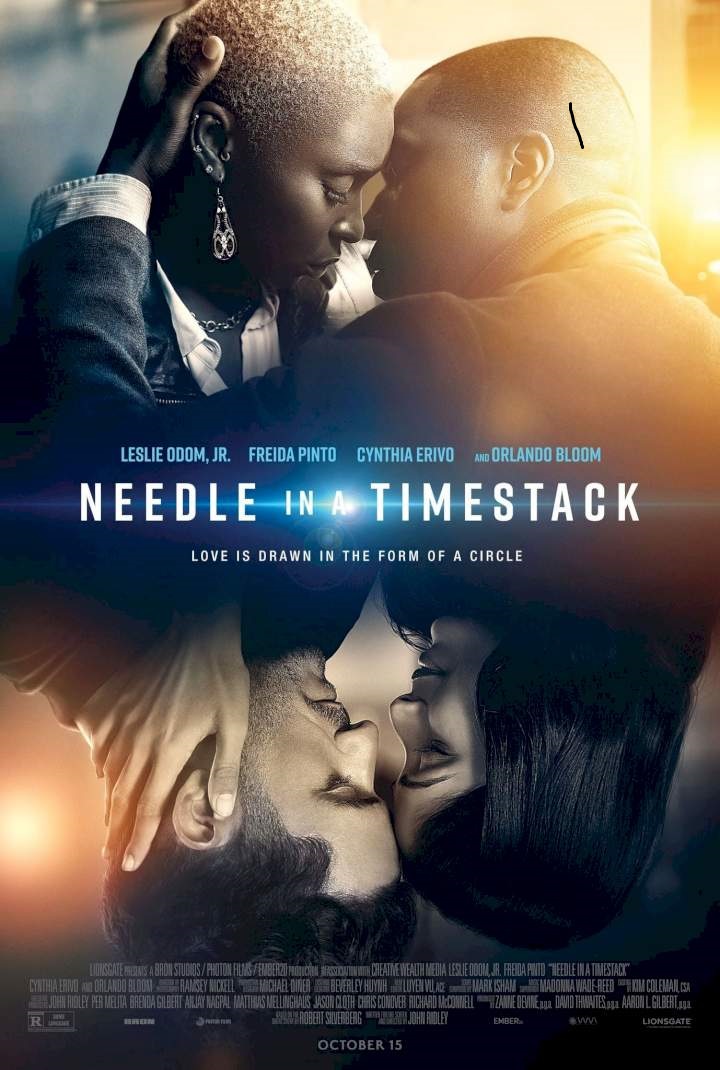 The thing is, Nick feels that his former best pal (Orlando Bloom) plans to change his past and steal his wife from him. It’s a thought that has put a strain on their marriage and by the time she is literally erased from his life, he decides to find a way back to the only woman he has truly fallen in love with.

To be honest, the premise is interesting and there were a lot of ways the story could have gone. I saw the trailer and it got me hooked. After seeing the film, I would say that it doesn’t in any way measure up to what the trailer teases. 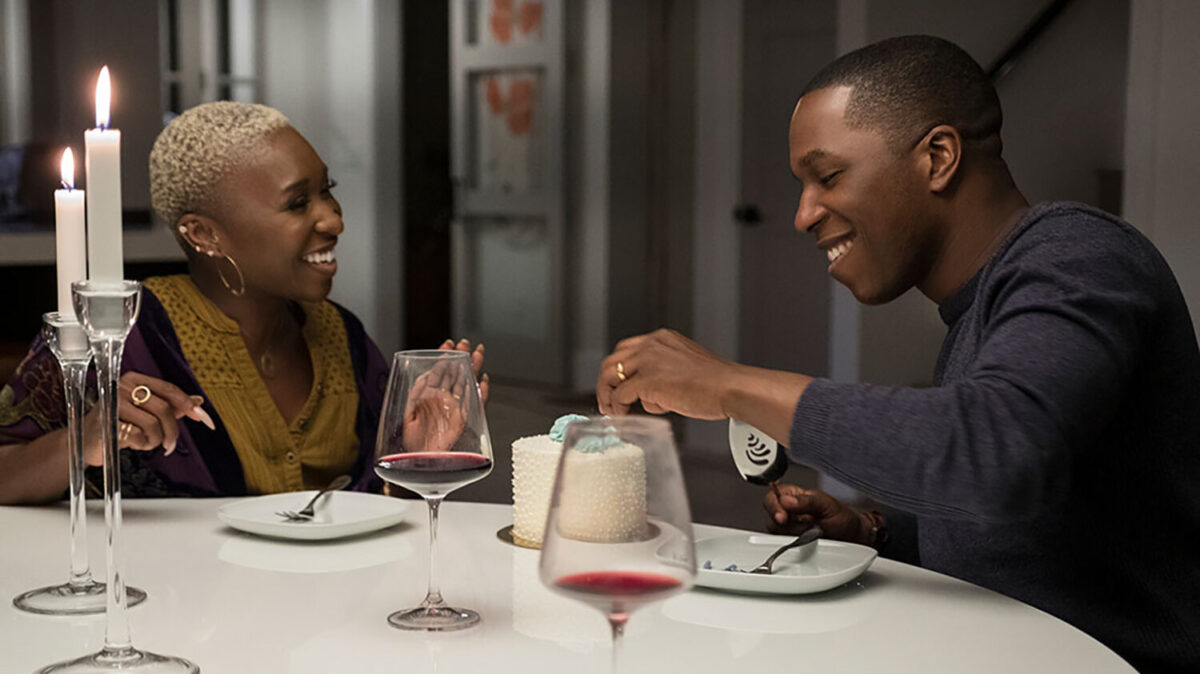 Cynthia Erivo and Leslie Odom Jr. in NEEDLE IN A TIMESTACK

In trying to make something powerful, the director and screenwriter unintentionally ruin their own efforts by infusing really bad dialogue, a very boring hero, and quite uninteresting supporting characters.

I haven’t read the short story (I don’t see why I should after seeing the screen adaptation) but I’ll wager my money it’s far better than director John Ridley‘s rather bland interpretation. 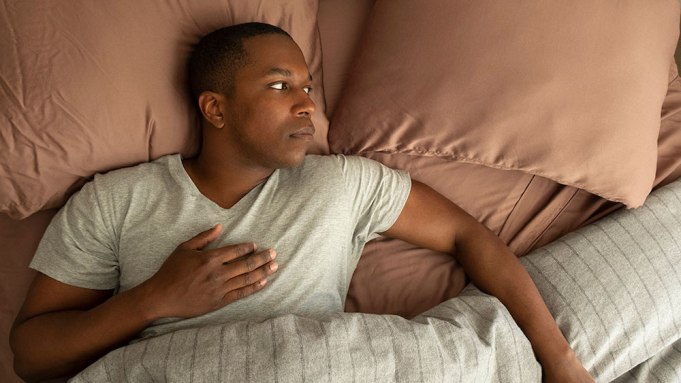 I’ve seen Odom in a few films and he is quite talented but here, he is limited by a script that turns him into a miserable loser who can’t seem to say anything to hold the viewer’s attention.

Erivo is one of Hollywood’s fast-rising actresses who has shown that she will go far in the business. Unfortunately, she is just here to be the wife who is snatched away, creating the conflict for the hero whose journey is quite unremarkable. There is zero chemistry between her and her onscreen husband (quite surprising given the fact that Erivo and Odom are pals in real life). 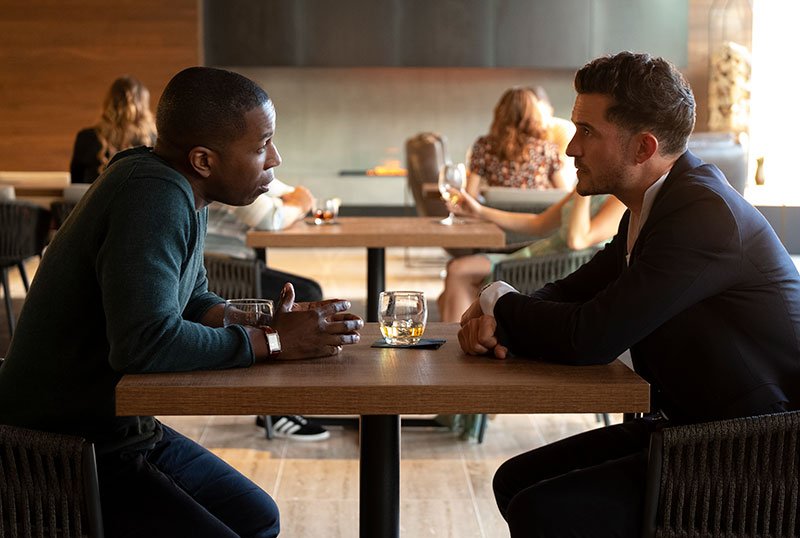 I love Orlando Bloom (after seeing the Lord of the Rings trilogy who wouldn’t?) and hoped he would be a worthy distraction but even he couldn’t make this any less boring.

As for Freida Pinto, let’s just say that I got tired of seeing her way too early after her character was introduced quite unceremoniously.

The acting is not bad but it could have been a lot better. I guess when you have a script in which the majority of the characters spew repetitive stuff that comes across as dull, what you get is good actors looking bad. 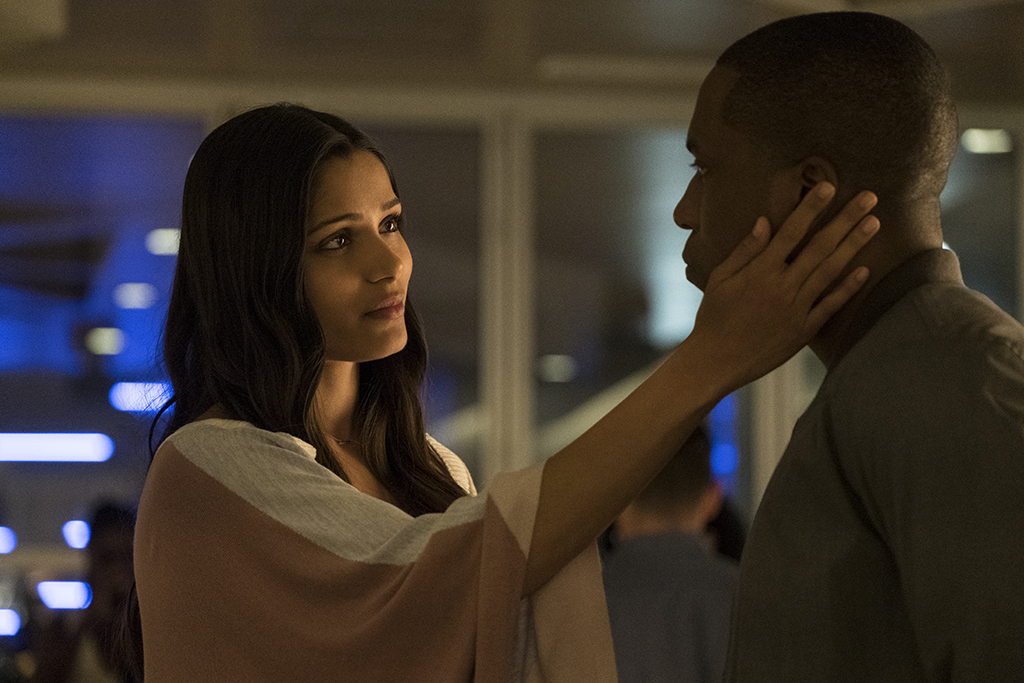 One thing I would like to point out is how Erivo and Pinto’s characters switched between American and English accents while delivering their lines. I couldn’t quite wrap my head around it and I guess that made them even more uninteresting to me.

A lot of other things make Needle in a Timestack the missed opportunity that it is but let me end my review with a word of advice to those who like adapting literary works to the big screen; please do create something really awesome. Thank you.