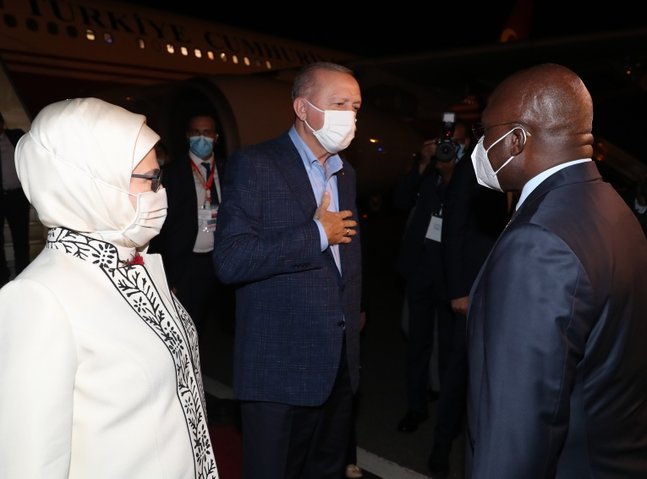 The streets of Luanda were decorated with Turkish flags before Erdoğan even arrived. Billboards showing Erdoğan can also be seen in Nigeria’s capital Abuja ahead of Erdoğan’s visit there.

Erdoğan will start his official talks on Monday. The Turkish president will be welcomed by his Angolan counterpart Joao Lourenco with an official ceremony at the Presidential Palace.

The two leaders will hold a joint press conference after one-on-one talks and delegation meetings.

Erdoğan is also expected to address Angola’s parliament. He will later visit the Memorial of Dr. Antonio Agostinho Neto, the country’s first president, who died in 1979.