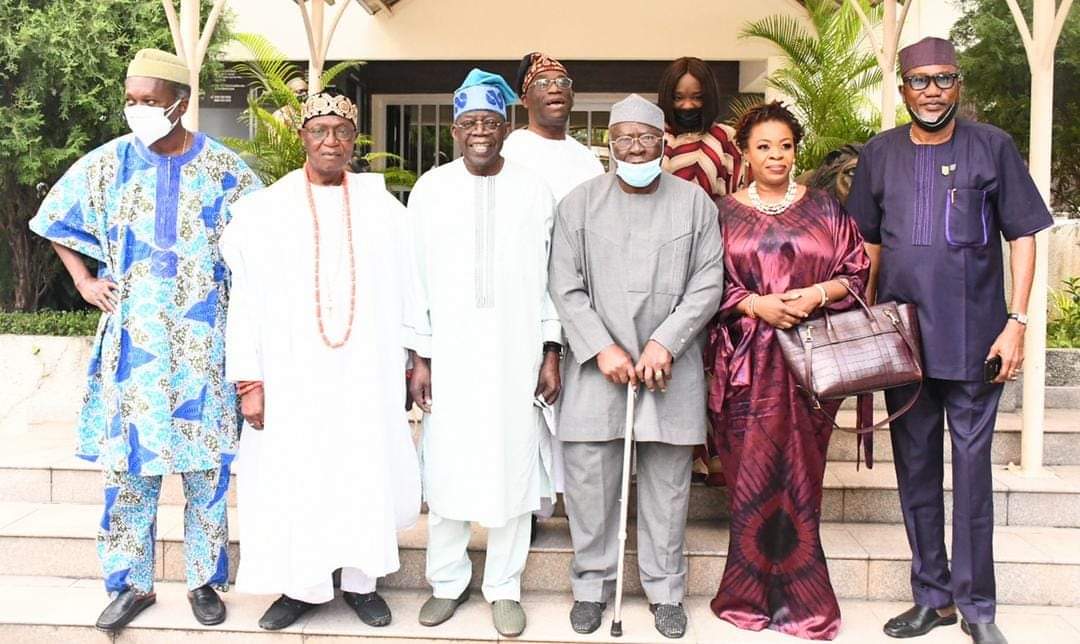 Leaders of Pan-Yoruba socio-political group, Afenifere, have paid a visit to a chieftain of the All Progressives Congress, Asiwaju Bola Tinubu, at his home in Lagos.

This is coming days after Tinubu returned from a medical trip to the United Kingdom where he underwent knee surgery.

The last time Tinubu and Adebanjo met was in April when the former Afenifere spokesman, Yinka Odumakin died.

Prior to the visit, Adebanjo had told PUNCH Online interview programme, The Roundtable that the reason why Tinubu has been silent on the herdsmen crisis is that he thinks the President, Major General Muhammadu Buhari (retd.), will make him his successor.

In another interview with SUNDAY PUNCH, Adebanjo stated that Buhari won’t hand over power to Tinubu, adding that they are both deceiving themselves.

He said, “I have said it openly before and I would say it again that Buhari is deceiving Tinubu and Tinubu is deceiving Buhari. I’m an old man and I’m a funeral candidate already, so quote me. If Tinubu contests the primary in APC today, he will fail.”

Adebanjo then advised Tinubu and other APC members from the South-West to leave the party in the interest of Yorubaland.

He said, “I have always told them, from Tinubu downwards, that it’s better they save themselves speedily. I’m talking to all of them, that in the interest of Yorubaland and the country, they should get out of the carcass they call APC. I made a public pronouncement that they were a conglomeration of incompatibles. It’s on record. I said it then and I’m still saying it now; if they don’t save themselves early enough, then they are ready for a disaster.”