by 198 Nigeria News
in NIGERIA MANUFACTURERS
0 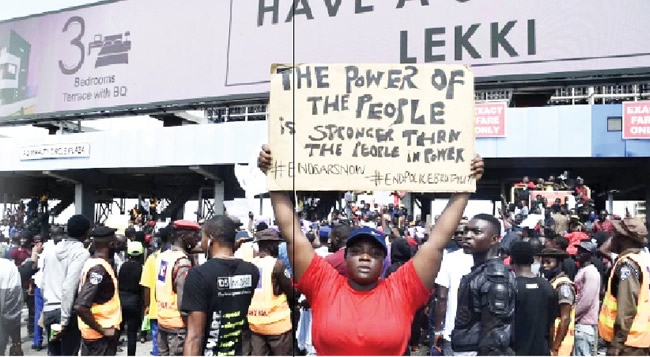 Insurance companies under the aegis of the Nigerian Insurers Association have paid N9bn in claims to customers who suffered losses during the public protests against police brutality, also known as #EndSARS protests, in October last year.

Lootings, destructions and deaths had marred the #EndSARS protests.

Meanwhile, as various groups plan to stage memorial protests in various parts of the country this week, insurance companies on Monday released a report detailing the claims they had paid in the past one year to victims of the lootings and destructions that characterised the protests.

A report obtained exclusively from the operators by our correspondent on Monday revealed that the claims were paid on three dead persons and other property losses.

According to the report, the insurance companies settled claims on 718 cases of vandalisation; 93 cases of looting; 113 cases of theft; and 136 cases of loss of cash.

Further findings revealed that 99 claims were settled on malicious damage; eight on business interruptions; 455 on burglary attacks; and 912 on fire and burnt sites.

Last October, some youths had commenced peaceful protests tagged #EndSARS to demand the disbandment of the Police Special Anti-Robbery Squad and other reforms in the Nigerian Police Force.

As the protests persisted, it was taken over by hoodlums who embarked on massive lootings and destructions.

Following the ugly incident, the Commissioner for Insurance, Mr Sunday Thomas, assured stakeholders that the industry would pay all genuine claims.

He said, “A crop of people have talked about the capability of the industry to pay. I don’t know where that doubt is coming from because as far as I am concerned, insurance exists for times like this.

“What we should be asking ourselves is whether those properties are insured. Are premiums paid? As long as these questions are in the affirmative in terms of answer, I can rest assure everyone that the claims will be paid knowing quite well the nature of insurance and how it works.

“That is why we have insurance and reinsurance which is the second level. All the assets may not necessarily be domesticated.

Thomas had urged the business world and individuals to learn and see insurance as a fallback position for them.