October 14, 2021, reports surfaced that Sunday Adeyemo popularly known as Sunday Igboho, who is agitating for Yoruba Nation was critically ill.

According to the Yoruba activist’s lawyer, Yomi Aliyu, Igboho was rushed to a hospital for urgent medical attention after his health deteriorated.

Sunday Igboho’s lawyer had revealed that one of Igboho’s organs (Kidney) might have been affected as a result of injuries he sustained when he reportedly fell while attempting to escape from gunmen that invaded his Soka residence in Ibadan on July 1, this year.

Days after the incident, Kemi Olunloyo revealed that Sunday Igboho via a tweet on her micro-blogging site, Twitter.

“#BREAKING Sunday lgboho has been poisoned in a Cotonou prison. His kidney function is deteriorating and Yoruba Nation is silent. Where is the cash donated for him? Cotonou authorities need to be questioned on what he consumed. He had a healthy kidney before arrest. #Kemitalks”, she tweeted. 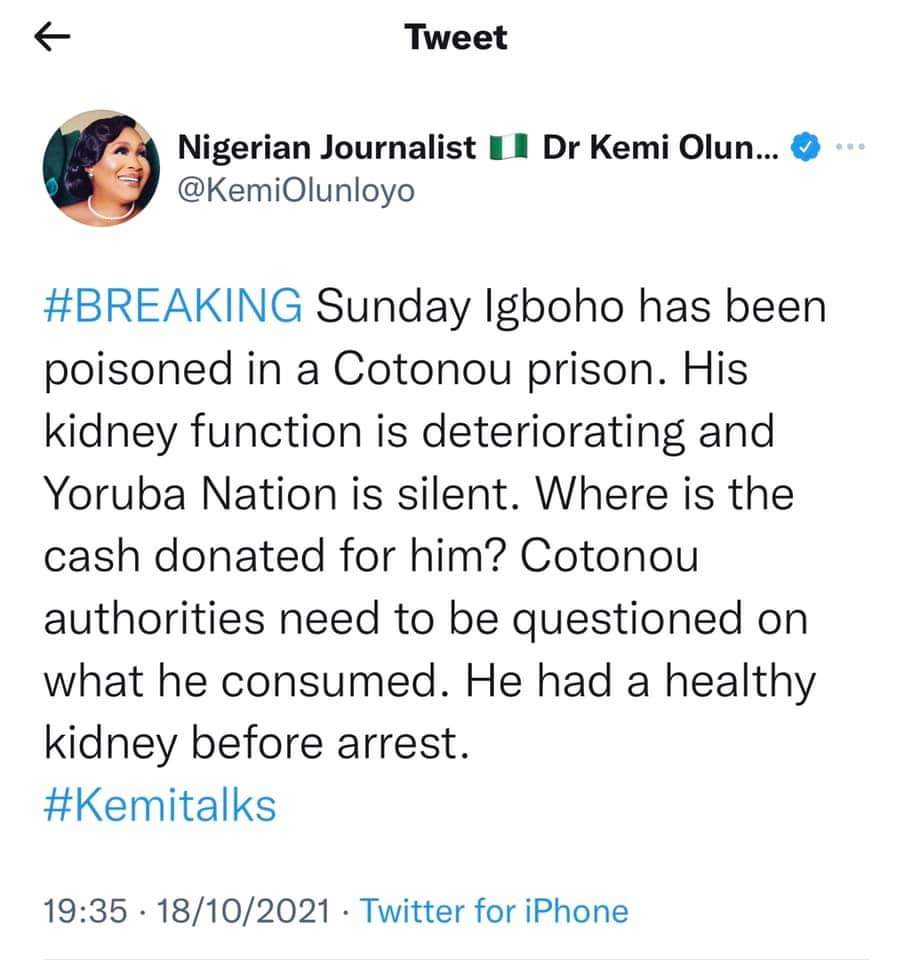