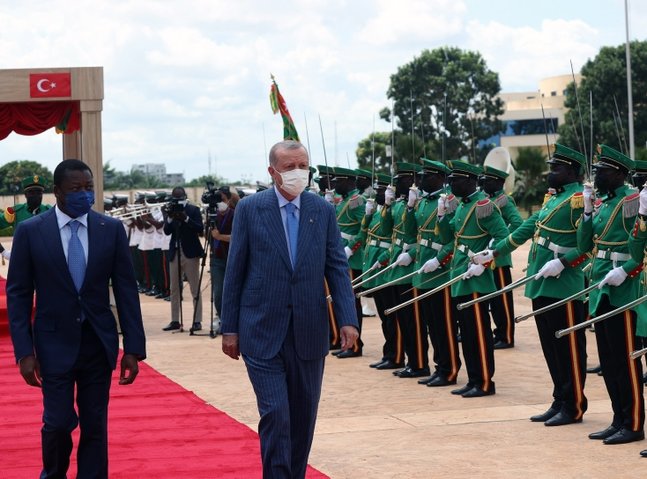 Turkish President Recep Tayyip Erdoğan was welcomed by his Togolese counterpart Faure Gnassingbe in the capital Lome on Tuesday with an official ceremony.

Before the leaders began their talks, the national anthems of both countries were played during the ceremony at the presidential palace.

The Turkish president also saluted the guard of honor at the ceremonial ground.

Erdoğan and Gnassingbe also introduced their delegations to each other.

The visit to Togo is part of the Turkish leader’s three-day African tour, which began in Luanda, Angola’s capital, on Monday.