UCL: Solskjaer admits pressure ahead of Man United vs Atalanta 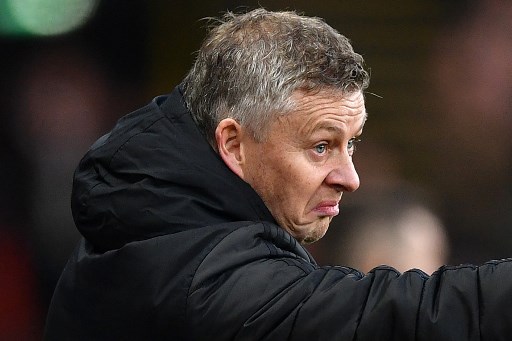 Ole Gunnar Solskjaer is confident he can turn Manchester United’s fortunes around as pressure increases on the Norwegian ahead of Wednesday’s Champions League clash with Atalanta at Old Trafford.

They are not certain of progressing to the last 16 of the Champions League after losing their opening group game to Swiss side Young Boys, though they beat Villarreal in their second fixture.

Much more was expected of Solskjaer’s team after the arrivals of Cristiano Ronaldo, Jadon Sancho and Raphael Varane during the transfer window.

United face a daunting fixture list over the coming weeks including Premier League clashes with Liverpool, Tottenham and Manchester City and two matches against Italian side Atalanta.

But Solskjaer’s nearly three-year spell in charge of the club has been a rollercoaster ride and he believes United can emerge from their troubles stronger.

“Yes, we’ve signed some players that have raised expectations,” he said at his pre-match press conference on Tuesday.

“Other teams have signed players and improved as well so we’re in the same boat as all the top teams. There’s pressure all the time.

“There’s pressure on me, of course, but we’ve been through this before and we’ve come through it stronger as individuals and as a team.

“I’m just looking forward to the response now and I’m in dialogue with the club all the time, so that’s an open, honest discussion all the time.”

Solskjaer clarified comments he made last week urging forward Marcus Rashford to “concentrate on his football”.

The England forward has earned widespread praise for his off-the-field work, which includes campaigning to tackle child food poverty.

Solskjaer said he was referring to Rashford now being able to play free from pain after having surgery on a long-running shoulder problem.

Rashford, who scored on his return from injury at Leicester, said the players also had to bear some responsibility for a poor run of results and performances, rather than Solskjaer becoming the fall guy.

“I think at a club like Manchester United as soon as you lose a game this is what happens,” said Rashford.

“I think for us as players we have to go back to basics, look at ourselves and see what we can do better.

“We’ve had the conversation as a team as we would do whether we win a game or lose a game. We know the next game is another opportunity to improve and that’s always the aim.”