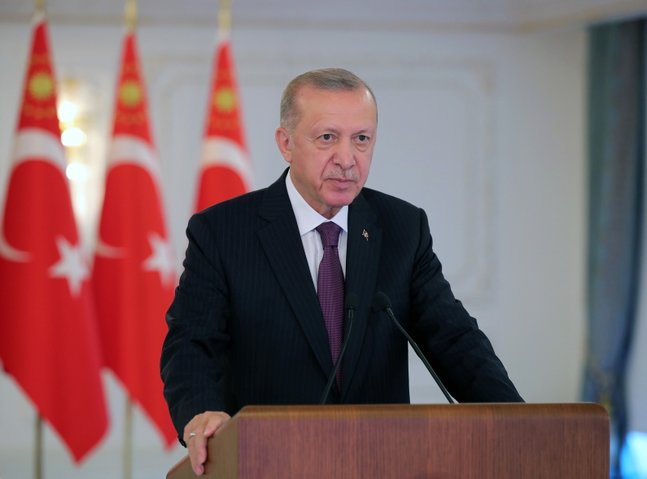 Turkey’s president on Thursday praised his four-day tour of three African countries this week, including Angola, Togo and Nigeria, calling it “productive.”

“Thankfully, we completed our visits to Angola, Togo and, Nigeria quite productively and returned to our country,” Recep Tayyip Erdoğan said on Twitter.

Erdoğan said that since 2002, in his tenure as both Turkey’s prime minister and president, he has visited 30 countries in Africa and held 50 working visits.

“We will continue to stand by our African brothers on their journey for development,” Erdoğan noted.

Erdoğan also posted a graphic showing data on Turkey’s trade volume with African countries and the number of Turkish embassies opened on the continent.

Turkey currently has 43 embassies in Africa, up sharply from only 12 in 2002, according to the figures.

The number of African countries that have embassies in Ankara has reached 37, versus only 10 in 2008.

The foreign trade volume between Turkey and Africa is currently $25.3 billion, while the trade volume with sub-Saharan Africa has reached $10 billion.

Turkey also carried out a total of 7,000 projects in 22 African countries through its state development aid agency, the Turkish Cooperation and Coordination Agency (TIKA).

The tweet also touted cultural activities carried out on the continent by Turkey’s Turkish Yunus Emre Institute and the Maarif Foundation.

“Our aim is to win together, to develop together, to grow together, and to walk together with Africa,” Erdoğan said in a separate Twitter post.

Turkey has signed commercial and economic cooperation agreement with 48 African countries, while deals on mutual promotion and protection of investments were inked with 32 others to strengthen the contractual infrastructure with the continent, it said.