Nobody can predict Nigeria’s next president, says Obaigbena 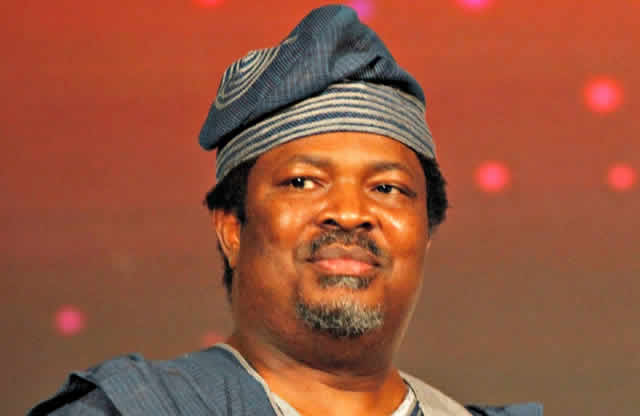 The Chairman of Arise News and Publisher of ThisDay, Nduka Obaigbena, has said nobody in Nigeria can predict who will succeed the President, Major General Muhammadu Buhari (retd.), in 2023.

The media businessman stated this in Abuja on Saturday at the inauguration of the new leadership of the Broadcasting Organisation of Nigeria.

According to Obaigbena, the ideologies of the older and the younger generations are now clashing.

He said, “Nigeria is in a momentous time, a time of great change that even on this table, the powerhouse in Kano (Ganduje), none of them can tell you whom the next president would be. At this time in Nigeria, there is nobody who can predict 2023. Therefore, these are times of momentous change, when we have ideas of some of those who founded Nigeria in the 60s clashing with the new ideas of the millennials who Femi (Adesina) will not like to hear at times. However, we are here to welcome the new leadership of BON, John Ugbeh and his colleague. I believe they are very capable to guide Nigeria through this change. I salute them all.”

Governor of Kano State and Chairman of the Occasion, Abdullahi Ganduje, in his goodwill message, urged the new leadership of BON to work with relevant stakeholders to move the broadcast industry to greater heights in the face of emerging global challenges.

He said, “The Nigerian media, particularly the broadcast media, has an important role to play in promoting unity and progress of our nation at this moment of challenges. As media owners, you have a vital role to play in managing all communications in the public domain in the interest of peace and national development. Let me reiterate my call to you, to work with the other media industries in Nigeria, to make sure that the Nigerian media is not allowed to disrupt but play its traditional role of leading the way in the process of protecting public interest for nation-building.”

Ganduje, in an interview with journalists after the event, urged the media to emphasise the ‘One Nigeria’ project in their coverage of ethnic and tribal issues.

He said, “First of all, the Executive has to look into the facilities of the media especially the technology to ensure that they have the facilities with which they can effectively discharge their duties. Secondly, we have to also understand the character of the media so that we don’t misunderstand issues.”

The Special Adviser to the President on Media and Publicity, Femi Adesina, who described the newly inducted chairman and vice-chairman as consummate professionals, said, “I’m glad that the DG of NBC is here, he knows the running battle that the NBC has had particularly with the broadcast stations in the country. But the two incoming people have what it takes to ensure that there are ethics, there is professionalism and there is sanity in broadcasting in Nigeria.

“You are driving in your car and you put on the radio in the car; the things that come out from the station can be unbelievable. You can’t believe that such things would be on the airwaves… some on television. You can’t just understand how people who are given the opportunity to speak on national television will say some things. I think BON needs to look into this and I believe that if any set of people can do something about it, the incoming chairman and vice chairman can.”

The new Chairman of BON, Mr John Ugbe, who succeeded Hajiya Sa’a Ibrahim, said his leadership would endeavour to achieve the collective vision for the organisation.

Ugbe partly said, “We understand that some broadcasters question the value of being a member of BON. We will provide comfort to these broadcasters by creating awareness of the immense benefits that will accrue from a united broadcast industry under BON. This will be done through policy formulation, shaping regulations and policy engagements with the regulators such as NBC, APCON, NCC and other stakeholders like the legislature and executive arms of government.

“Working with the BON Secretariat, we will initiate an aggressive membership recruitment drive so that we can achieve the objective of forming a formidable industry group.”

Ugbe also noted that his agenda was reviving the BON Awards.

“Giving our organisation’s reputation in organising top-notch award shows, MultiChioce Nigeria will now apply its expertise in reviving the BON Awards. These awards will be a forum for recognising and celebrating the best amongst us in the industry and for the exchange of ideas among the practitioners. The award ceremony will be broadcast across Africa to give it the prominence it deserves,” he said.