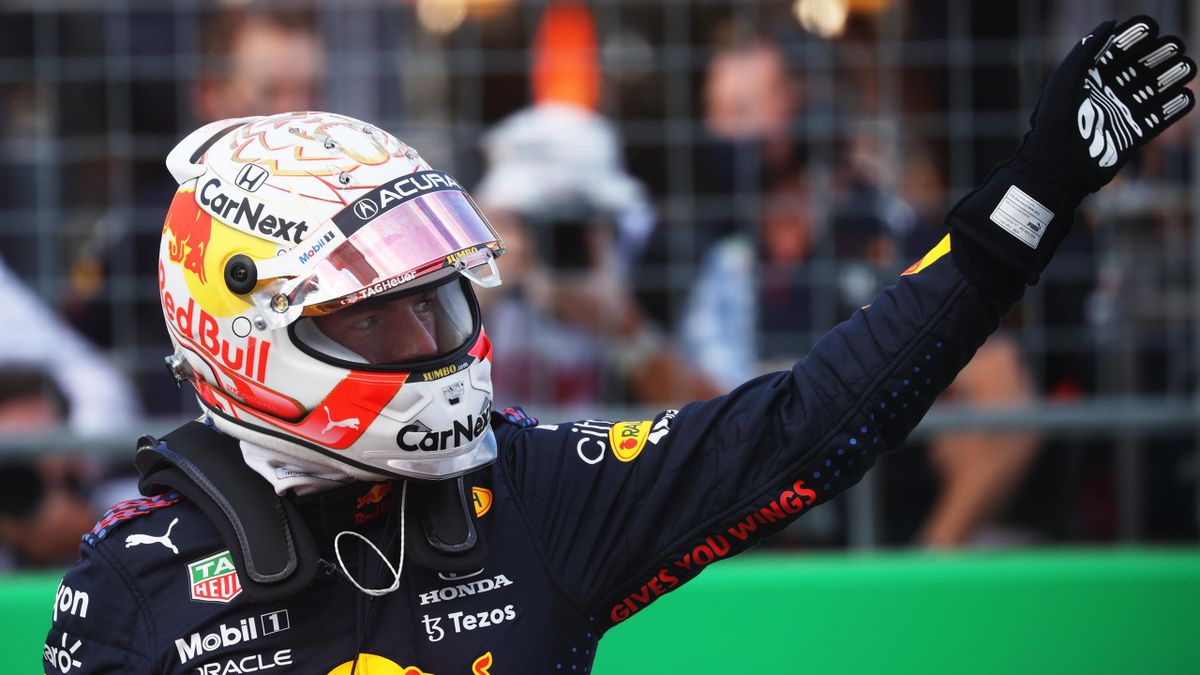 Max Verstappen held off a charging Lewis Hamilton to win the United States Grand Prix on Sunday and extend his Formula One world championship lead to 12 points.

Verstappen, in a Red Bull, claimed his first victory at the Circuit of the Americas in front of 140,000 fans.

Mercedes star Hamilton, the reigning world champion, had cut the deficit in the race to under a second on the penultimate lap but could not find a way through the Dutchman’s impressive defence.

Sergio Perez completed the podium for Red Bull ahead of Charles Leclerc in a Ferrari and McLaren’s Daniel Ricciardo.

The victory by 1.33 seconds was Verstappen’s eighth of the season at a track where Hamilton had won five times.

“I really didn’t think we were going to hang on.”

“Max did a great job today,” he said on the podium.

“It was such a tough race. I got a good start, gave it absolutely everything but at the end of the day, they just had the upper hand this weekend and we couldn’t really have asked for more.”

Hamilton, starting second on the grid, stunned pole-sitter Vertsappen at the start.

The Briton edged ahead at the first turn and stayed in front for 10 laps until Red Bull pulled off what they hoped would be a tactical coup.

“He’s sliding a lot and I have a lot more pace,” Verstappen told his team over the radio.

By calling in the Dutchman, who had a sluggish Hamilton in his sights, for an early pit stop, he was able to under-cut the champion.

By the time Hamilton had pitted and reappeared, Verstappen had constructed a 6.7-second lead.

“We pulled the trigger early, but Max is doing a good job,” Horner told Sky Sports from the pit wall.

“It’s like a game of chess this race. You can rest assured there’s not much in it between the teams.”

– Hamilton closes in –
Hamilton consistently chipped away at the lead and by half-distance in the 56-lap race, he had slashed the deficit to 3.3 seconds.

His efforts were further aided by a virtual safety car period called so marshals could collect some debris off the track.

Again Verstappen pitted for a second stop, relinquishing the lead to Hamilton.

When he returned, Perez conceded track position to allow the Dutch driver to slip into second spot, albeit more than 16 seconds back from the seven-time champion.

“This race is all going to be about the last five laps so we’ll see how it pans out,” Horner said.

“The pace was just starting to drop off and with three seconds behind there was a chance for an undercut.”

Behind Perez, as the race entered the last 20 laps, Leclerc and Mercedes’ Valtteri Bottas were scrapping over fourth place.

At the back, Pierre Gasly, who had started on the fourth row, was forced to retire when the suspension failed on his AlphaTauri.

Both Alpines of Fernando Alonso and Esteban Ocon were also soon forced into an early finish.

On lap 37, Hamilton pitted for the second time as Verstappen again inherited the lead with an 8.45sec advantage.

The British driver ate away at the advantage, aided by Verstappen running into a wall of backmarkers.

With 10 laps left, the gap was down to 2.3sec while Perez was a distant third almost 30 seconds off the lead.

However, Verstappen held on under intense pressure over the last two laps to secure a crucial victory.