OPEC+ headed for a clash with the U.S. as more members rejected President Joe Biden’s call for the group to raise oil production faster and help reduce gasoline prices.

On Monday, Kuwait said the cartel should stick with its plan to increase output gradually because oil markets were well-balanced. That followed similar statements from other key members in recent days, including Iraq, Algeria, Angola and Nigeria.

The Organization of Petroleum Exporting Countries and its allies – led by Saudi Arabia and Russia – meet on Thursday with pressure from oil consumers mounting as prices climb toward $85 a barrel. American gasoline is at a seven-year high of $3.70 a gallon.

The U.S., India, Japan and other importers are waging a campaign to force the group to ease last year’s pandemic-triggered supply curbs more quickly. 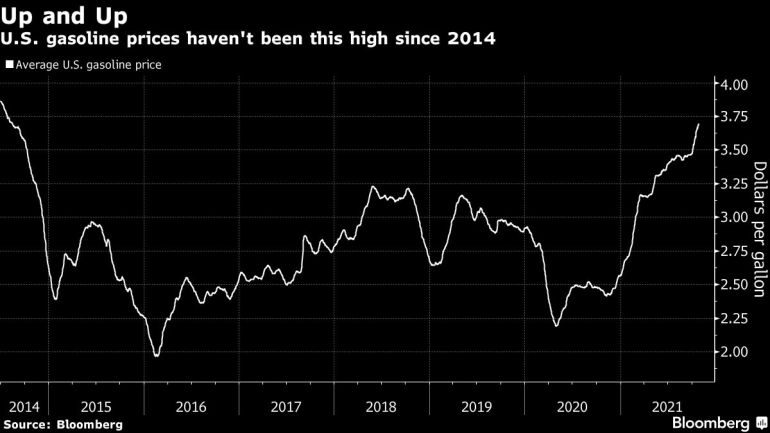 “The idea that Russia and Saudi Arabia and other major producers are not going to pump more oil so people can have gasoline to get to and from work, for example, is not right,” Biden said Sunday.

While Biden declined to say how he would react if OPEC+ doesn’t change tack, analysts have speculated the U.S. might sell some of its strategic petroleum reserves.

OPEC+’s plan of boosting daily production by 400,000 barrels each month “is working well and there is no need to deviate from it,” Angola’s oil minister, Diamantino Pedro Azevedo, said Sunday.

Many members, including Saudi Arabia, have argued they shouldn’t pump crude any faster because the pandemic is still sapping demand. Some are already struggling to reach their higher output quotas after last year’s deep cuts, and say bringing production back more rapidly would make their task even more difficult.

“We are not yet out of the woods,” Saudi Energy Minister Abdulaziz bin Salman told Bloomberg Television on Oct. 23. “We don’t take things for granted, we still have Covid.”

OPEC+ has said that increasing crude exports would do little to bring down power prices, which have soared in parts of Europe and Asia due to shortages of natural gas and coal.

Still, OPEC+ has often surprised the market with sudden changes of policy. And while Riyadh and Moscow have both praised the group’s strategy, neither has directly addressed Biden’s comments in public, giving themselves room for maneuver.

The dispute comes as world leaders convene for the COP26 climate talks in Glasgow. The U.S has said it will push for more action to fight climate change while also trying to ensure the global economic recovery isn’t derailed by higher energy prices.