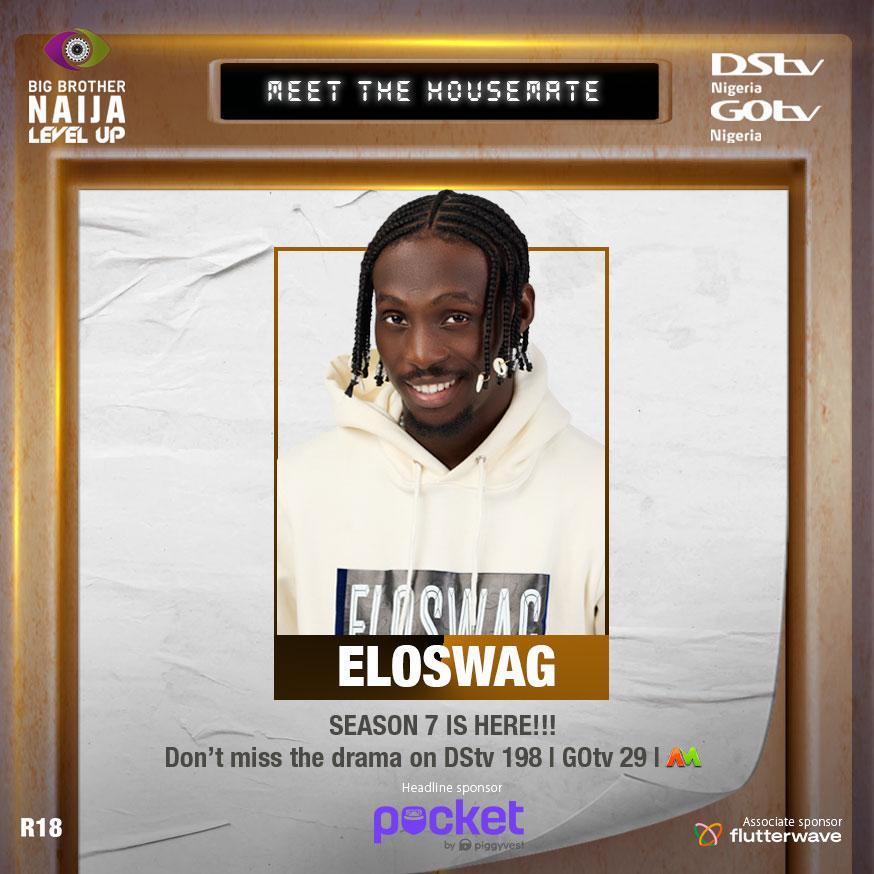 Big Brother Naija season 7 housemate, EloSwag, has emerged as the first Head of House for the season.

This was announced after the Big Brother Naija Level Up housemates had their first Head of House games on Monday evening.

The Level 1 and Level 2 housemates came together to play the HoH games in the arena and Eloswag became the best performing housemate.

Following his performance, Big Brother announced him as the first Head of House for the season.

The Level 1 housemates met the Level 2 housemates for the first time during the HoH games on Monday evening.

Before the start of the games, Big Brother explained how the housemates happened to be in separate houses in the game.

Before the launch, two housemates were paired and each had their names written on two cards, a black-and-white card and a multi-coloured card.

Housemates with their names in the multicoloured card belongs to the Level 2 house, which are the first set of housemates who came into the show on Saturday.

The one whose name appeared on the black and white card belongs to the Level 1 House, who came into the show on Sunday.

Biggie noted that the winner of the games will emerge as HoH and automatically save his/her fellow Level (1 or 2) housemates from possible eviction.

Cyph, Eloswag, Bryann, Dotun, and Khalid made it into the second stage.

After the round, Eloswag won the stage, making him the first HoH for the season.

He also enjoys immunity from possible eviction at the end of the week.

With his emergence, Eloswag has saved the Level 1 housemates from possible eviction.