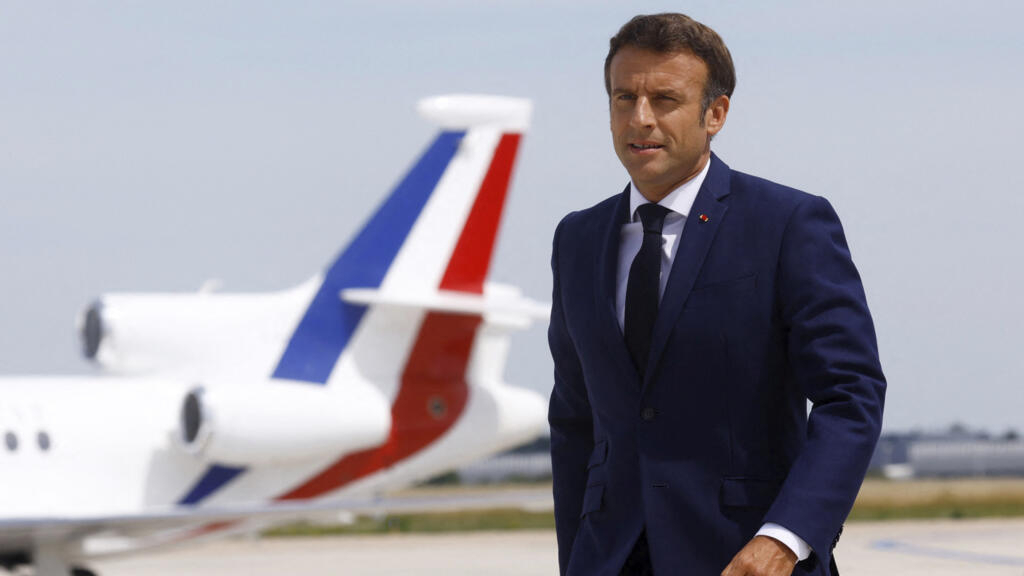 President Emmanuel Macron begins a three-nation tour of western African states on Monday, in the first trip to Africa of his new term as he seeks to reboot France’s post-colonial relationship with the continent.

Macron kicks off the July 25-28 tour, also the first venture outside Europe of his new mandate, with a visit to Cameroon, before moving on to Benin and then finishing the trip in Guinea-Bissau.

It’s the first time he’s visited those three countries since becoming President in 2017.

Top of the agenda in the talks will be food supply issues, with African nations fearing shortages especially of grain due to Russia’s invasion of Ukraine.

But security will also loom large as France prepares to complete its pullout from Mali this year, with all countries in the region seeking to head off fears of Islamist insurgencies.

The trip to three countries which rarely feature on the itinerary of global leaders comes with Macron, who won a new term in April, pledging to keep up his bid for a new relationship between France and Africa.

France has also followed with concern the emergence of other powers seeking a foothold in an area Paris still considers parts of its sphere of influence, notably Turkey under President Recep Tayyip Erdogan but also increasingly China and Russia.

The tour “will show the commitment of the President in the process of renewing the relationship with the African continent”, said a French presidential official, who asked not to be named.

It will signal that the African continent is a “political priority” of his presidency.

In Cameroon, which has been riven by ethnic violence and an insurgency by anglophone separatists, Macron will meet President Paul Biya, 89, who has ruled the country for almost 40 years and is the longest-serving non-royal leader in the world.

Biya has run the country with an iron fist, refusing demands for federalism and cracking down on the rebellion by separatists.

Macron will move on Wednesday to Benin, a neighbour of Africa’s most populous nation Nigeria. The north of the country has faced more deadly attacks, with the jihadist threat now spreading from the Sahel to Gulf of Guinea nations.

He is likely to be lauded for championing the return in November of 26 historic treasures which were stolen in 1892 by French colonial forces from Abomey, capital of the former Dahomey kingdom located in the south of modern-day Benin.

Benin was long praised for its thriving multi-party democracy.

But critics say its democracy has steadily eroded under President Patrice Talon over the last half decade. Opposition leader Reckya Madougou was sentenced in 2021 to 20 years in prison on terrorism charges.

On Thursday, Macron will finish his tour in Guinea-Bissau, which has been riven by political crisis and has just taken over the helm of  the Economic Community of West African States (ECOWAS).

The three countries countries have all been criticised by activists over their rights records.

The Elysee has insisted that governance and rights issues will be raised, albeit “without media noise but in the form of direct exchanges between the heads of states”.

Macron’s first term was marked by visits to non-francophone African countries including regional powerhouses Nigeria and South Africa as he sought to engage with the entire continent and not just former French possessions.

Benin is a former French colony, but Guinea-Bissau was once a Portuguese colony while Cameroon’s colonial heritage is a mixture of British and German as well as French.

Macron meanwhile has insisted France’s military presence in the region will adapt rather than disappear once the pullout from Mali is complete.

He announced last week that a rethink of France’s presence would be complete by autumn, saying the military should be “less exposed” in the future but their deployment still a “strategic necessity”.

The pullout from Mali follows a breakdown in relations with the country’s ruling junta, which Western states accuse of relying on Russian Wagner mercenaries rather than European allies to fight an Islamist insurgency.