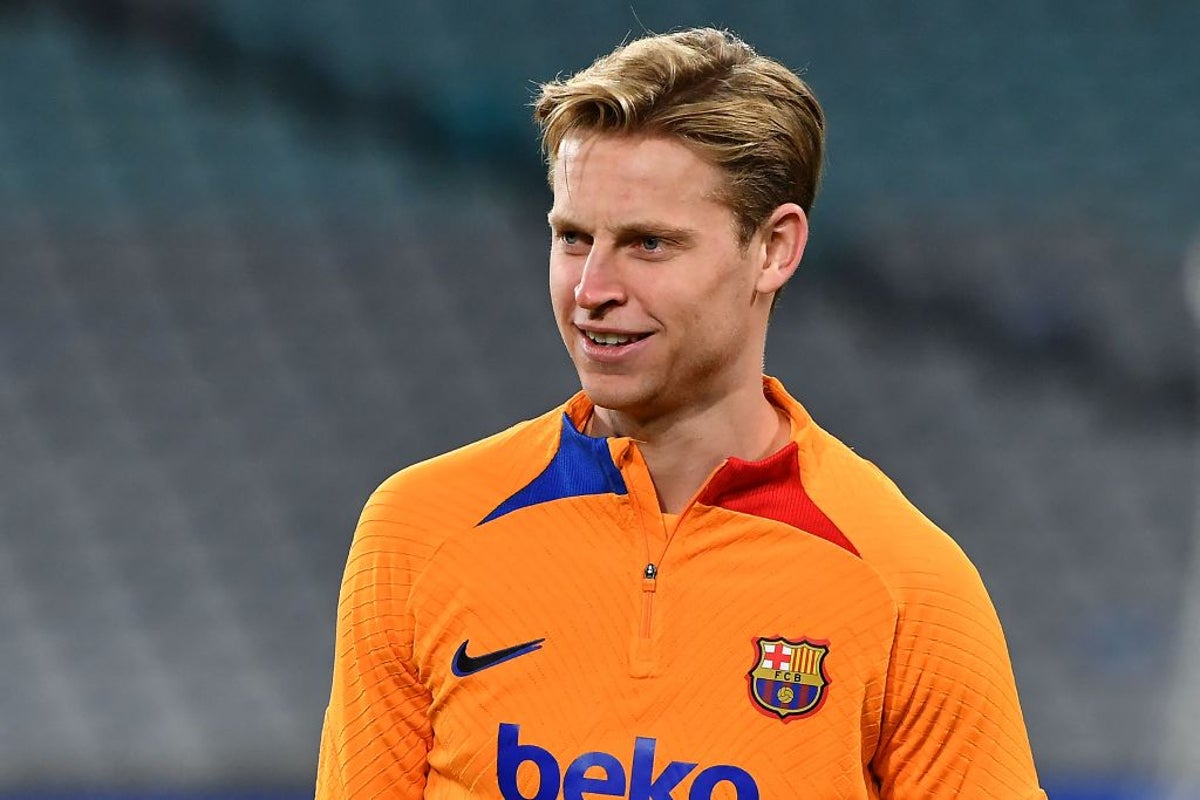 Manchester United’s pursuit of Frenkie De Jong could be coming to an end with reports of a Plan B after links to Lazio star Sergej Milinkovic Savic. With the start of the Premier League season fast approaching, Erik ten Hag will be desperate to get new players in to quickly revamp the Red Devils.

The same is true of Chelsea, who have encountered more difficulty getting a target over the line after a late intervention from Barcelona in the race to sign Sevilla star Jules Kounde. The Blues may need to look elsewhere for their second significant defensive upgrade after bringing in Kalidou Koulibaly to reload after the departures of Antonio Rudiger and Andreas Christensen. The Sevilla star will cost in excess of £50m with Barcelona poised to trump the Blues again after landing former Leeds star Raphinha.

Elsewhere, Cristiano Ronaldo‘s future remains in doubt, the Portuguese wants to leave Manchester United, but his wages remain prohibitive and Erik ten Hag maintains the No 7 is not for sale with one more year remaining on his contract at Old Trafford. Real Madrid are not interested according to the latest reports, while a shock move to Atletico Madrid has also been rumoured. The Mail reports Leicester have rejected a £15m bid from Monaco for Boubakary Soumare. And Leicester are willing to consider big-money offers for James Maddison and Kelechi Iheanacho in order to raise funds to strengthen the squad, the Telegraph claims. Follow all the latest transfer news with our live blog below:

No deal is imminent however, but the Slovenian forward continues to impress scouts and is up and running this term, too, with two goals in two games.

Victor Osimhen is content in Italy with Napoli, despite interest from the Premier League for the Nigeria striker.

The 23-year-old has committed his future to the Azzurri with an interview with Corriere dello Sport.

Manchester United, Newcastle and Arsenal have been linked with the former Lille star, who cost £85m in 2020.

“I’m in Napoli. And I have great respect for my club,” Osimhen told Corriere dello Sport. “They are just rumours of the market. I’m fine here and I’ve never had such close relationships with everyone as at this moment.

“I spoke to the president, he is the one who decides, and he reassured me by explaining the club’s plans. I am happy with what he told me and the purchases are of quality: words were followed by deeds. I am very happy to play with Napoli and we will see in the future.”

Roma are in talks to sign PSG midfielder Gini Wijnaldum.

PSG could pay at least half of Wijnaldum’s wages, to help facilitate the move.

PSG are moving closer to a deal for Renato Sanches, with L’Equipe claiming there is hope he could join the Ligue 1 champions by Wednesday.

The French paper insists Sanches’ view is that he “doesn’t understand the situation, which isn’t evolving quickly enough in his eyes”.

Luis Campos will hope to advance negotiations this week to reunite with the Portuguese midfielder.

Jesse Lingard rants by armchair pundits are an ‘unhealthy obsession’

An interesting piece on the obsession around Jessie Lingard:

“Pundits and fans of rival clubs need to make their minds up.

“Is it great to have Nottingham Forest back in the Premier League or are they getting above their station by actually trying to stay there? After the Reds beat Huddersfield they were briefly everyone’s second club again, unless you’re a Huddersfield fan. Now they have spent heavily to try and make sure their 23-year exile doesn’t last one season and suddenly they’re just too ambitious for some.”

Lingard rants from Simon Jordan and talkSPORT are an ‘unhealthy obsession’

Chelsea will look to block Cesar Azpilicueta’s move to Barcelona if they miss out on Jules Kounde, report the Mail.

The Blaugrana look to hijack a second Chelsea target of the summer, after beating them to Raphinha’s signature.

And the Blues will stand firm over Azpilicueta should the French defender not opt to move to London.

Tottenham defender Ben Davies admits it is an exciting time to be at the club after he extended his contract until 2025.

The Wales international, who moved to Spurs from Swansea eight years ago, did not need to think twice about adding an additional 12 months on to his previous deal.

“After last season and the summer this club has had there is no more exciting time than right now to be at this club,” he told SpursPlay.

Barcelona have pleaded for patience from Sevilla’s Jules Kounde, as they attempt to hijack his move to Chelsea, writes chief football writer Miguel Delaney.

While the London club have agreed a £50m-plus fee with Sevilla and have the principles of a deal done, Barcelona have not yet made a formal bid, due to the need now to sell players.

The centre-half has been willing to go to Chelsea, but his preferred option is Camp Nou. Barcelona are attempting to play on this, as they accelerate their moves to try and sell players.

Sticking with Chelsea’s defence, Antonio Rudiger’s article on The Players’ Tribune is doing the rounds again on social media after first coming out in May, and it is well worth a read. The new Real Madrid defender reflects on his time at Chelsea, including the time he was effectively sidelined by Frank Lampard:

“If there is one moment that sums everything up for me, it would be the scene in the toilets after we won the Champions League Final.

“Obviously, that was a crazy season for me. I hate to say crazy, but what other word could I use? Not even six months before that final, I was on the floor, brother. At the time, I’d been dropped from the squad, and I couldn’t even get a reason why. We had a meeting one day, and the manager told me that we had a deep squad, and that he preferred others over me. Boom — that was it. After that, there were a lot of rumors. I was getting a lot of abuse on social media. It was the hardest time in my career, and I stayed silent because I did not want to cause issues for the club.

“Imagine — if you would have told me that within a few months, I would be starting in a Champions League Final against City?”

I don’t like goodbyes. But I will try to make this one special, from the heart.

Chelsea are prepared to pull the plug on Cesar Azpilicueta’s move to Barcelona if Barca hijack the Blues’ pursuit of Sevilla defender Jules Kounde.

Both Chelsea and Barcelona have been heavily linked with the 23-year-old French centre-back, though reports suggest Chelsea are closer to meeting Sevilla’s asking price of around £55m.

However, Fabrizio Romano reports Barca manager Xavi called Kounde this week to coax him to the Nou Camp. According to the Daily Mail, Chelsea are prepared to scupper Barca’s plans to sign club captain Azpilicueta in retaliation.