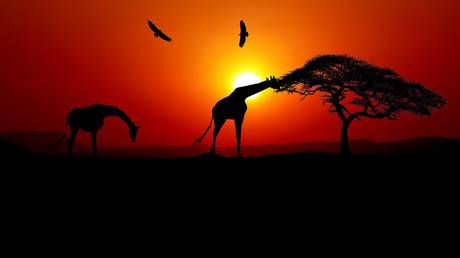 The Central Bank of Nigeria (CBN) launched the African country’s official digital currency on Monday, local media outlets are reporting. The official launch of the eNaira took place at the State House in the capital, Abuja.

At the launch ceremony, led by President Muhammadu Buhari, CBN Governor Godwin Emefiele said 500 million eNaira, worth $1.21 million, had already been minted. Apps, as well as an eNaira “speed wallet” and “merchant wallet,” are now available via the Google Play Store and Apple App Store, and the CBN has published regulatory guidelines for the use of the new digital currency on its website.

The eNaira was developed as a global digital currency and is intended to complement Nigeria’s fiat currency, the naira, rather than replace it, according to a statement from the CBN last week. The central bank announced that the new currency would “make financial transactions easier and seamless for every strata of society.”

Also on rt.com
Bitcoin’s power consumption for 2021 has already surpassed the whole of 2020 – study

It was originally scheduled to be launched between October 1 and October 4, but was delayed due to the celebrations for the 61st anniversary of the Nigerian independence. In its statement, the CBN said that missing the deadline was not an issue, as the bank wanted to be fully prepared so as to ensure the digital coin’s long-term success. The rollout of the eNaira as legal tender was approved by the Nigerian Federal High Court on October 2.

Like many other countries worldwide, Nigeria has been struggling to rein in the growing use of cryptocurrency in the country. In February, it banned crypto transactions in the country’s banking sector, announcing plans to introduce the eNaira four months later.