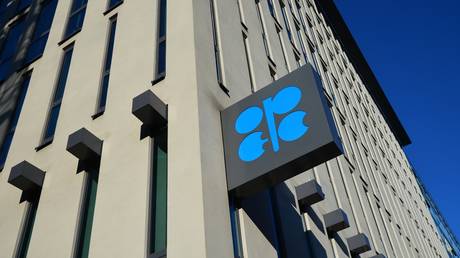 OPEC+ is ready to risk prices going higher and affecting demand rather than add more supply to curb the upward potential of benchmarks, Reuters’ John Kemp wrote in a column this week.

According to Kemp, OPEC+, like US shale oil drillers, tend to put more weight on the downside risks for prices than on upside risks. Indeed, Saudi Arabia’s oil minister Abdulaziz bin Salman earlier this week said OPEC+ was in no rush to boost production in response to calls for more barrels as the cartel didn’t take anything for granted.

“We don’t take things for granted,” the official said.

“We still have Covid, there are still lockdowns,” and jet fuel supply remains constricted.

Also on rt.com
One of the world’s largest oil companies just ditched the dollar

His Nigerian counterpart echoed the sentiment in separate comments.

“We have to look at the situation closely before we take action,” Timipre Sylva told Bloomberg in an interview.

“It’s still very fragile. We must be very cautious before we take the next move.”

“We’ve seen the slow down in China,” Sylva also said. “A lot of people are calling for more oil, but we’re looking at problems in some economies. We know that we haven’t completely opened up yet.”

US shale drillers, for their part, are focused on keeping shareholders happy even if prices are high enough to make most shale oil profitable. While smaller, private players are ramping up production, the big fish in the shale pond are still practicing restraint.

Also on rt.com
Trump blasts Biden for compromising US energy security as Washington turns to Russia & OPEC for more oil

Interestingly enough, Energy Aspects’ Amrita Sen suggested this week higher oil prices are actually to be embraced as enablers of the energy transition. In an opinion piece for the Financial Times, Sen argued that “higher prices are the most effective catalyst of changes in demand-side behaviour.” In other words, the longer fossil fuel prices stayed high, the more likely demand would start to shrink.

This article was originally published on Oilprice.com