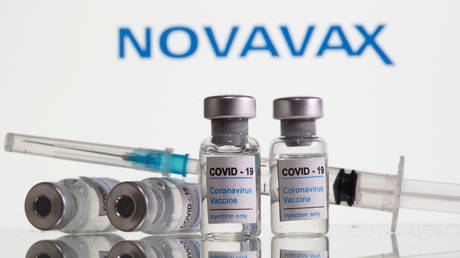 The Indonesian government has approved the use of the Novavax Covid vaccine, becoming the first state in the world to greenlight the jab as the country pushes to boost its inoculation program.

Novavax announced the approval in a press release, describing it as a “historical milestone” as the “first protein-based Covid vaccine authorized by a regulatory agency.”

Doses of the vaccine will be provided to Indonesia through a partnership between Novavax, which developed the jab, and the Serum Institute of India, which will manufacture it for distribution.

Indonesia has struggled to secure enough doses of a Covid vaccine to inoculate its 270 million citizens. By being the only country to have approved the Novavax jab, it will have the first access to the vaccine, allowing it to bolster its supplies and administer more doses to citizens.

The Southeast Asian nation’s shortage has been due to vaccine access inequity, with larger nations placing significant orders with manufacturers early in the pandemic, preventing developing nations from acquiring the jabs that were approved first.

Novavax reported in June that tests of the vaccine in the US and Mexico had found the jab to be 90.4% effective in preventing symptomatic Covid-19 infection and 100% effective against both moderate and severe illnesses.

The firm has applied to the European Medicines Agency for approval and the World Health Organization for emergency use listing. Novavax said it is hoping to submit an application to the US Food and Drug Administration later this year to greenlight its use in America.

The European Commission has already ordered 200 million doses, and Japan has requested 150 million in anticipation of its approval.

The decision to approve the Novavax jab comes on the day that Indonesia announced it was expanding its rollout of the Sinovac Biotech Covid jab to children aged 6-11, stating that it is “urgent” to protect children in schools. Indonesia has, so far, secured 200 million doses of the Sinovac jab, its largest batch of vaccines from any one provider.