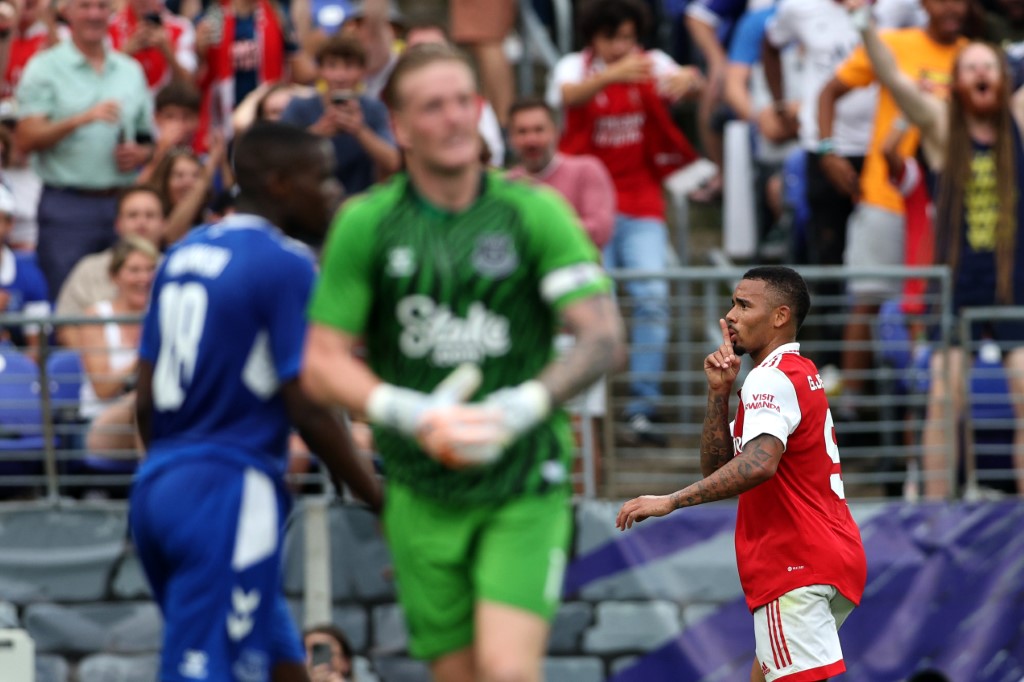 Recent acquisition Gabriel Jesus wasted little time in making his presence felt in his first start for Arsenal, opening the scoring in a 2-0 friendly win over Everton in Baltimore, Maryland, on Saturday.

Brazil forward Jesus, signed from Manchester City for a fee of around £45 million earlier this month, had already set a tone for his Arsenal tenure with two goals as a substitute in a friendly against German outfit Nuremberg.

But the match between English Premier League rivals before 39,245 at M&T Bank Stadium, home of the NFL’s Baltimore Ravens, was his first start since the move to Arsenal saw him reunited with manager Mikel Arteta, who was Pep Guardiola’s assistant at City before he took charge at the Emirates Stadium.

He opened the scoring in the 33rd minute when Martin Odegaard’s corner sailed over a sea of bodies to find him.

After one controlling touch, Jesus punched it into the roof of the net over a clutch of Everton players.

Halftime saw wholesale changes from both teams — including an entirely new 11 for Frank Lampard’s Everton.

His best stop came on a long-distance attempt from Salomon Rondon, whose bid to catch Turner out of goal was thwarted as the American managed to scramble back and deflect the ball.

Both teams’ early preparation for the August 5 start of the Premier League season continues Stateside, with Everton next facing MLS’s Minnesota United in Minneapolis.

Arsenal will take on MLS’s Orlando City and Premiership rivals Chelsea in Florida.