Serie A: Atalanta beat Empoli 4-1 ahead of Man United clash 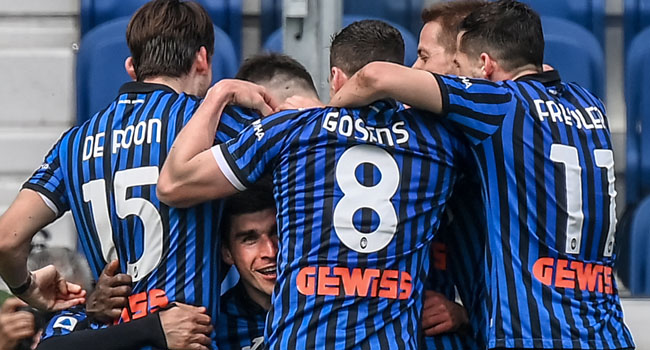 Atalanta were easy 4-1 winners against Empoli in Serie A on Sunday, before they take on Manchester United at Old Trafford in the Champions League this week.

Veteran Slovenian forward Josip Ilicic, recalled to the team after suffering from a combination of a knee injury and severe depression, scored the opener and his first goal of the season when he was well served by Joakim Maehle on 10 minutes.

Ilicic, 33, got his second with a rasping shot on 26 minutes but Federico Di Francesco pulled a goal back for the home side.

Four minutes into the second half, Atalanta took a 3-1 lead when 19-year-old Empoli defender Mattia Viti scored into his own net before the visitors wrapped up the win when Colombian forward Duvan Zapata got his 100th Serie A goal just before the final whistle.

The team from Bergamo now head to northwest England to face United, who were beaten 4-2 at Leicester on Saturday, on Wednesday in Champions League Group F.

AC Milan went top on Saturday after fighting back from two goals down to beat Hellas Verona 3-2 at the San Siro.

Napoli have a chance to regain top spot when they face Torino later Sunday before Juventus host Roma in the late match.