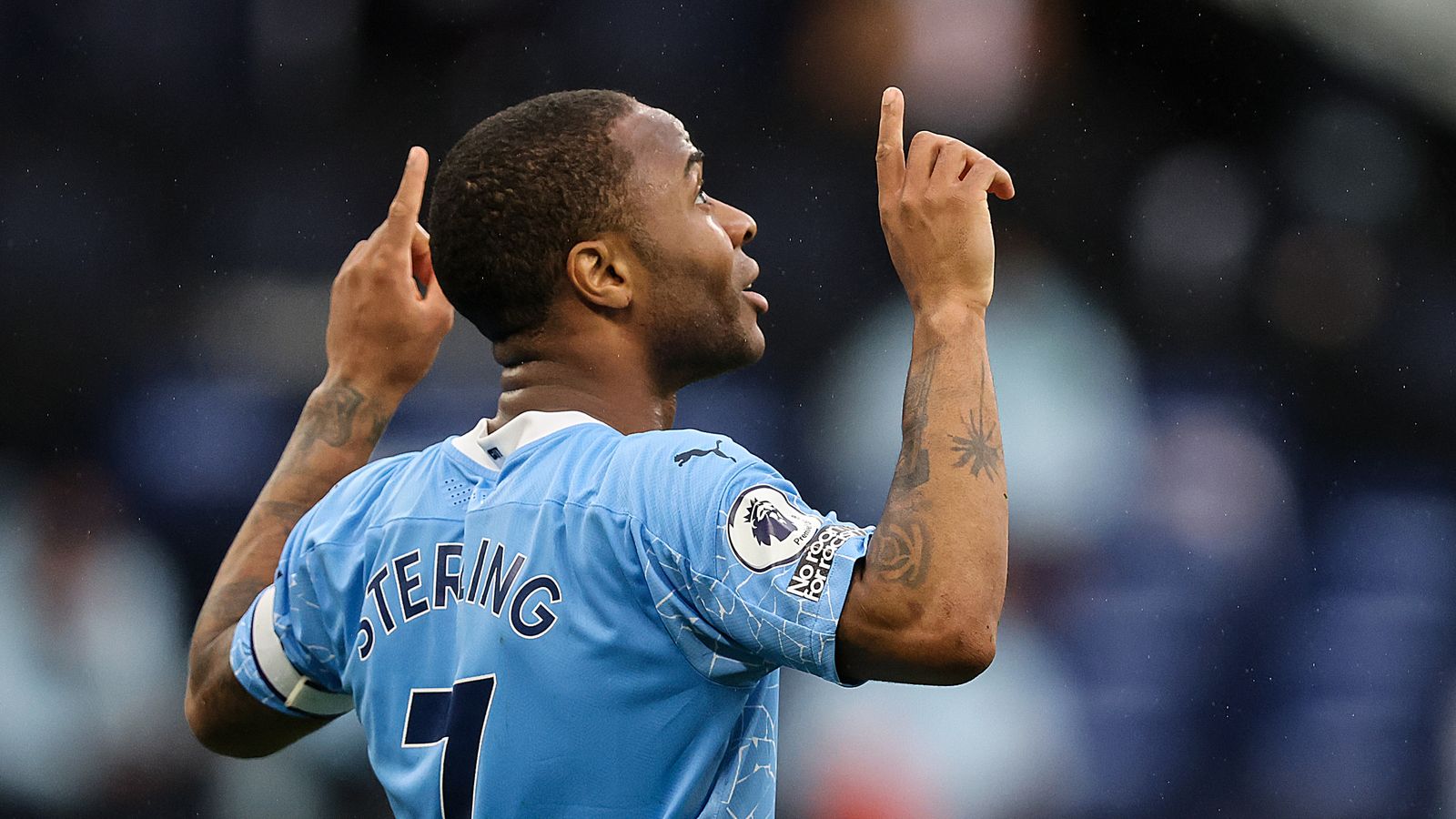 Kevin De Bruyne says he can understand Raheem Sterling’s frustrations after the England forward revealed he would be open to a move away from Manchester City to get more game time.

Sterling has been with City since 2015, when he moved from Liverpool, and has won three Premier League titles with the club.

However, the 26-year-old has made just three league starts this season, struggling with his form and fierce competition from attacking stars including Phil Foden and club-record signing Jack Grealish.

De Bruyne, speaking ahead of Tuesday’s Champions League match against Club Brugge in his native Belgium, said rotation was important for a club competing on multiple fronts but also sympathised with Sterling.

“I understand the frustration because I’m a player and you have some players who need more rhythm to get into it and maybe Raz (Raheem) is somebody who needs that more,” he said on Monday.

“I’m personally a player who needs that also. Sometimes it’s tough to play one game, one game not, one game yeah but obviously it’s the manager who has to make choices and it’s very hard.”

The 30-year-old said manager Pep Guardiola had a group of “unbelievable” international players to pick from.

“Whenever the team plays good there’s not a lot of things you can say as a player,” he said. “It can be frustrating but we also try to help each other. That’s the only thing we can do to as players to each other.”

De Bruyne was forced off with a facial injury in last season’s Champions League final loss to Chelsea after a collision with Antonio Rudiger. He then picked up an ankle injury at Euro 2020.

“I got tackled and my ligaments snapped,” he said. “I just had to try to get back in the best way as possible. It was a little bit painful but I feel much better now and I’m very happy about that.”

De Bruyne admits his memories of last season’s final have become a blur.

City go into Tuesday’s game third in Group A, behind Paris Saint-Germain and Brugge, after losing in the French capital last month.

The pair had been in action for their country in a World Cup qualifier in South America on Thursday and have flown straight to Belgium from Brazil to avoid coronavirus quarantine restrictions.

“We will join them tonight in the hotel,” said Guardiola. “Tomorrow they will do the preparation and maybe play, maybe not.”