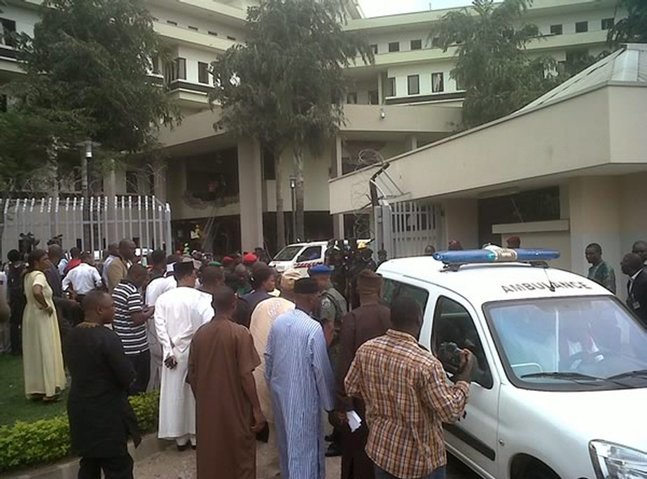 The attack occurred along Bwari-Kubwa road in the capital Abuja while the guards were on routine patrol.

The brigade provides security for the presidential villa, the nation’s capital and neighboring communities.

Three soldiers were wounded during the attack and have been evacuated for medical attention.

The spokesman for the brigade, Captain Godfrey Anebi Abakpa, confirmed the attack.

He noted that the ambush occurred within the general area of Bwari.

He said the wounded soldiers were immediately evacuated to the military hospital for immediate medical attention.

“Yes, they were attacked, and the attack was successfully repelled. We had a few wounded in action who have been taken to the hospital and are receiving treatment.

The attack came barely 24 hours after terrorists in a video on Sunday named President Muhammadu Buhari, Malam Nasir Rufai and other government officials as the next targets.