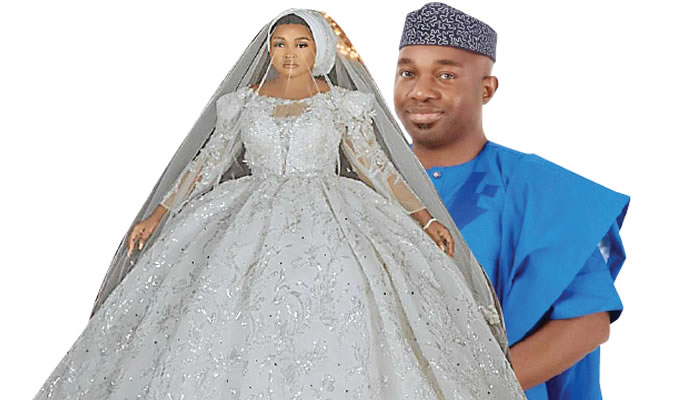 Popular actress, Mercy Aigbe, recently took to her social media page to post ‘throwback’ pictures of her wedding to popular marketer and businessman, Kazim Adeoti, which took place some months ago.

Recall that the actress had stirred controversy when she got married to Adeoti, who has another wife based in the United States of America. Amidst a barrage of criticisms, Adeoti maintained that he is a Muslim and is entitled to marry more than one wife.

For several weeks, the new couple was trending on social media but in recent times, the controversy had died down until Aigbe posted the wedding pictures during the week. She added the caption, “Throwback to a beautiful day. Blessed and grateful.”

During the Eid al-Adha celebration some weeks ago, the actress has shared videos showing her performing some ‘wife duties’ at Adeoti’s family house at Oro town in Kwara State, where she was formally accepted into the family as a wife.

Meanwhile, her latest post has continued to stir different reactions on social media.

A follower, Angel Ana, said, “May you continue to experience joy in your marriage always.”

Funke Osotunde added, “Oh, wow! God is truly always merciful. He is a God of second chances. Wishing you all the happiness that you deserve.”

Kemi Bakre wrote, “Why is she doing white wedding? Just go to the registry, have a small get-together and call it a day. After all, it is the second time for both of you.”

Ewatomi simply wrote, “Most of these actresses be looking like dolls in some outfits.”

Another fan, Adenike Debby, wrote, “How I wish you could share this moment with loved ones but circumstances won’t allow. It is well.”